Facts meme!! Comment with "I wanna play!" and I'll throw a number at you between 15-50, and then you'll post that many facts about yourself. I was given 28 by

Miss Bree turned 2 on 6/6 and man, the little filly has come a long way since I picked up the sad little 7 month old. 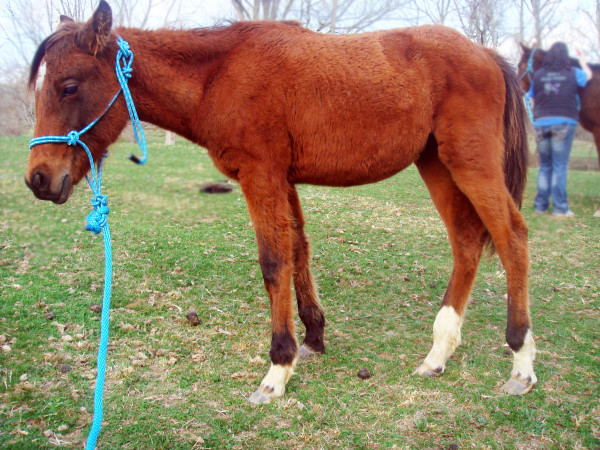 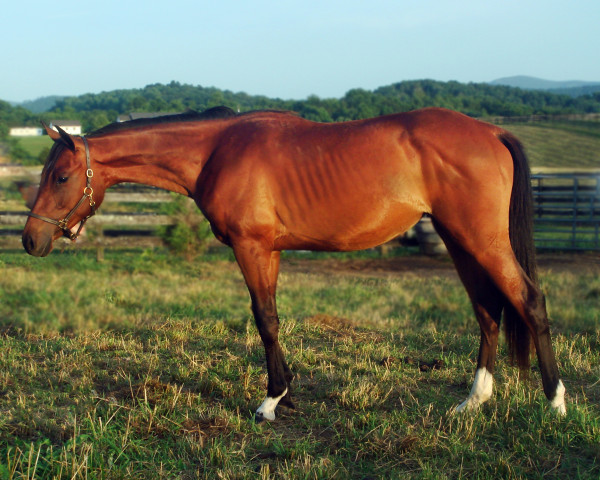 Mel was finally able to come home from the Equine hospital on the 9th!  She's settled into her new barn for the most part.  Not too happy about her small paddock, but at least she has a pony to beat up lol  This is the first I've gotten to see her since she came home because of work, and I'm sure Melody felt like she had grown a new appendix onto her neck.  I'm still not too sure how she is still here, but I am very, very thankful.  I don't know what I would have done had the vet actually been able to get the needle into her neck, it's hard to think about how CLOSE it all came to Melody not being here any longer. 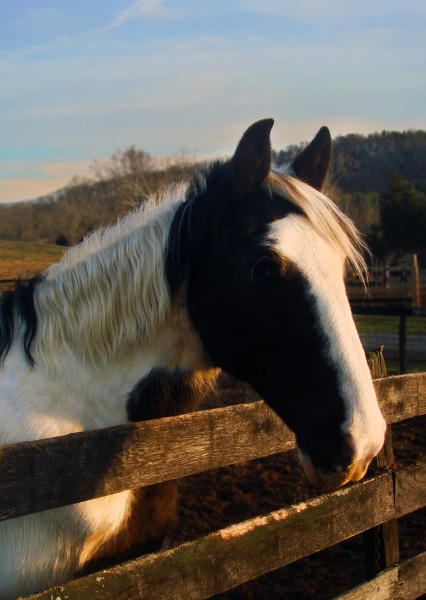 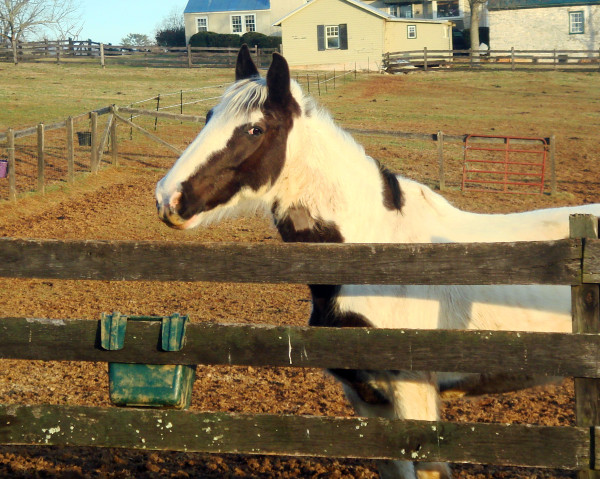 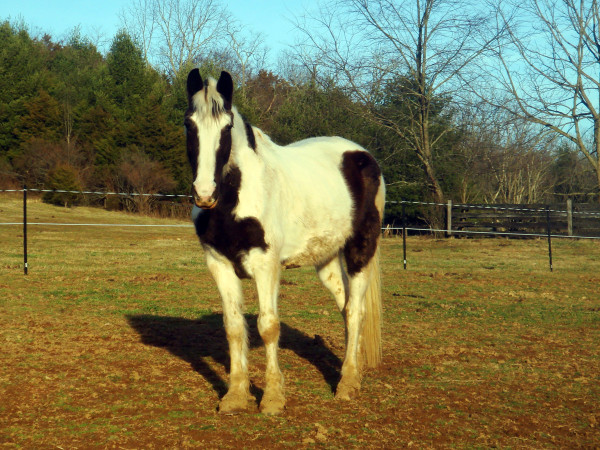 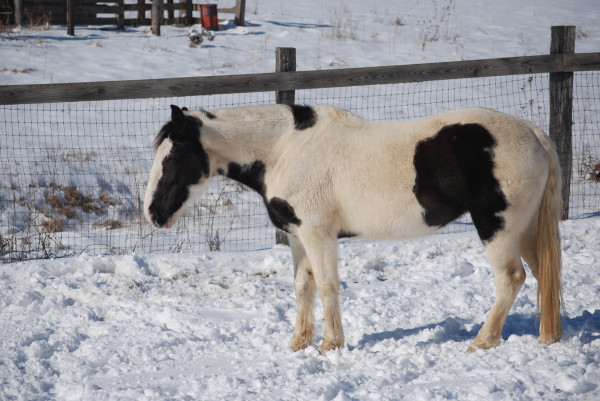 Friday on my way to work I got one of the first horrid calls ever made.  "Melody is colicing.... it's bad.  We're taking her to Mountain View."

I pulled a quick U-turn and sped home to change, then raced up the road the 2 hr drive to the Equine Hospital.

When I raced in the door the first thing the vet said was 'She needs surgery. She has a bad impaction in her small intestines.' My heart sank, after my three years of constant surgery there wasn't any money to slap down the 9k needed. I attempted to beg and plead and cry at my parents, but they told me 'She's not worth dropping the money on.' The vet said she understood so we went to plan B, Mineral Oil, lots of pain meds, and lots of prayers. As long as Melody didn't thrash or try and hurt herself, they were willing to give it a try.

I stayed in her stall until they kicked me out for the night promising to call if anything changed, and I was in a daze for most of the night. (still in a daze, I apologize if this reads awful.)

The worst phone call came at 9:30 pm. 'Melody is no longer responding to her pain meds and is thrashing. I need your authorization to put her down.'

The words caught in my throat as emotions flooded me and I barely choked out 'Put her down. I'll be there in less than 10 mins, please wait if you can.'

The vet said, 'I will not wait, she's going to kill herself thrashing and slamming.'

I don't know nor care how fast Marcie drove, but we made the 10 mile trip in record time. Sliding into the parking lot she jumped out of the car and started into the stable, but I couldn't make myself move, we were coming to see a dead horse. I knew she was gone.

Stealing myself I climbed out of the truck and met Marcie at the door so we could enter together. To my absolute and utter amazement we found the vet and Melody standing in 'the death stall'. The vet looked at us and shrugged, 'I don't know what happened, but she doesn't appear to be in pain...' I ran to Melody and threw my arms around her neck. The needle was sitting by the vet's feet ready to go.

'I'll reassess in 30 mins.' Was all he said as he moved the lethal injection to a shelf outside the stall.

After 45 mins of me and Marcie standing in the stall Melody was slowly becoming more alert and her body stopped trembling. Then, she farted. About this time the vet walked back in and checked her gut, pulse, temp, and gums. He looked baffled. Turning to us he said, 'There are normal gut noises in all four quadrants, her heart rate and temp are all normal.'

He left and quickly returned with a handful of hay which Melody happily took a bite of. 'You know,' he said, 'I'm not saying she's out of the woods, but if she survives the night it will be nothing short of a miracle.'

We both laughed and told him we believed in miracles, and left. Jess was kind enough to let us crash at her house since she was 15 mins from the Equine Hospital, but I didn't sleep a single wink. My eyes stayed glued to my phone all night.

Around 8:45 the vet called again just as Jess was finishing saying 'Oh he only calls if it's bad and their dying.' With dread I answered. His first words were, 'You have a miracle.' And I tried not to cry. 'She's alive,' he continued, 'She's pooped several times, and she's eating and drinking normally.'

She doesn't get to home until Monday morning, but my mare pulled through AGAIN. This is the third time I've been told "Your mare shouldn't be alive!" by a vet. (The first was a bad accident that she got gored by a fence post, the second was a surgery 7 months later after the accident when we discovered there was a huge chunk of post IN her leg.)

I'm still in a daze from the emotional whirlwind, but I've never been so happy to see a standing horse (and horse poop) in my life!!

Today is the two week mark with Percy. The horse that couln't be handled meets us at the gate with soft nickers and has learned to lunge both directions w/t <3 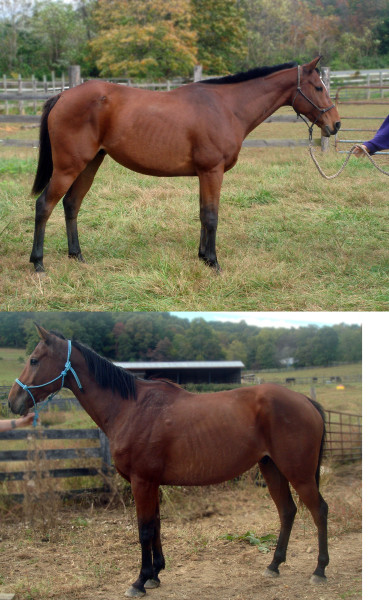 It's been two weeks post-op and I'm trying to get out and about and slowly re-build my strength up AGAIN.  Even though I cannot take advantage of this gorgeous weather we are having with riding, I can still go out and pat noses and scratch withers. :)  I only had my dying point and shoot with me, I really need to remember my nice camera (or buy a slightly less dead point and shoot)

Here are a few photos from yesterday: 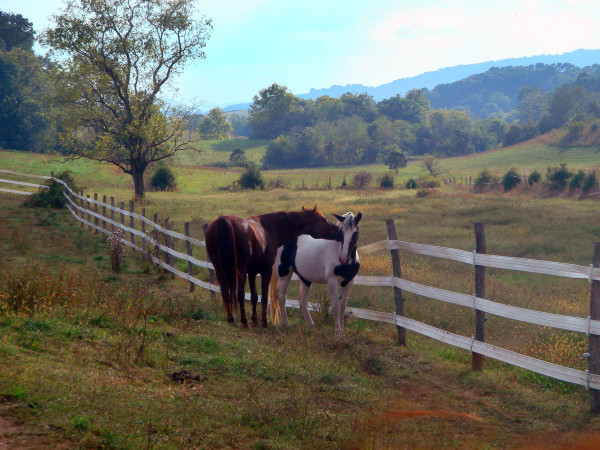 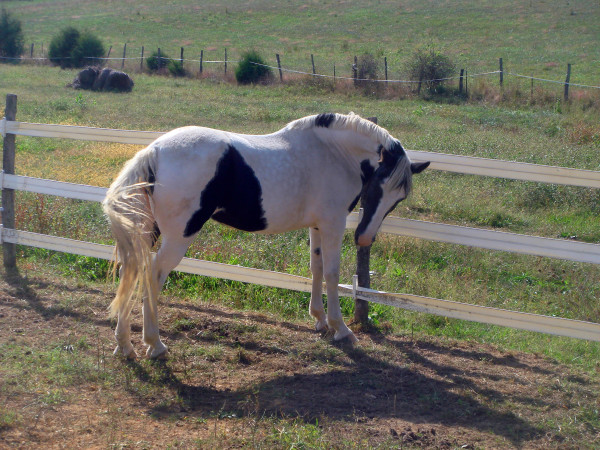 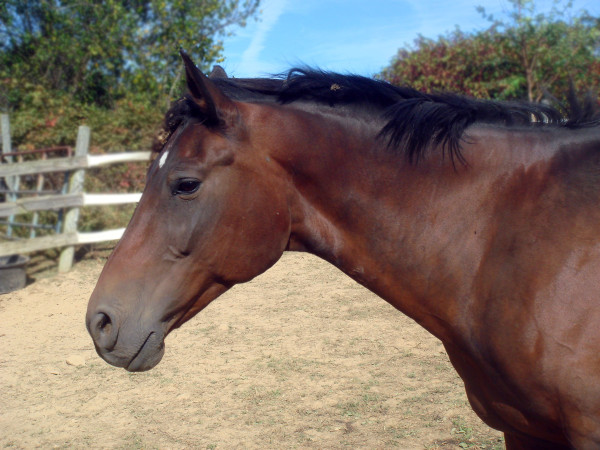 Duke trotting down to see me <3 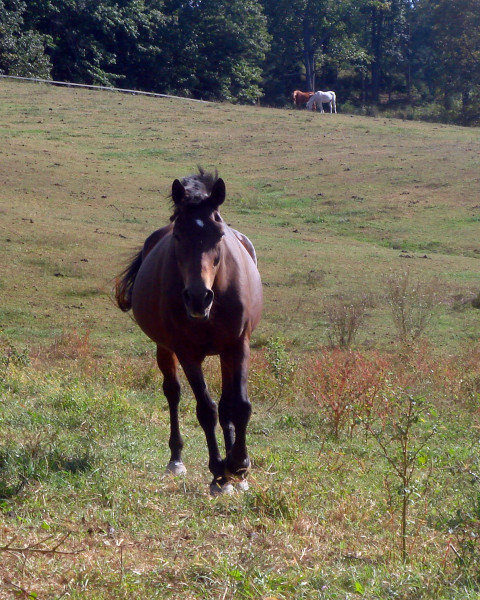 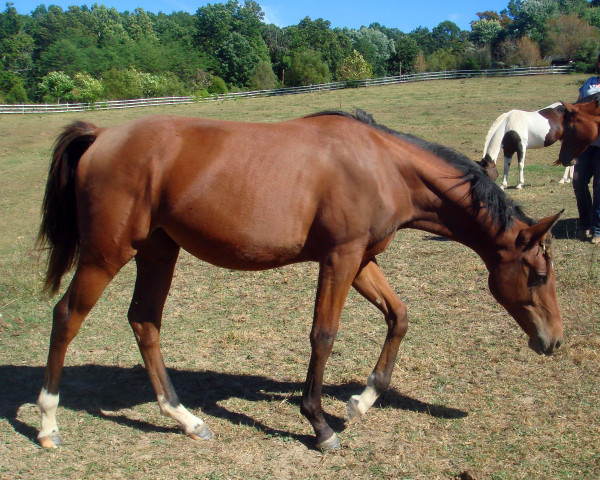 I also may have gotten a new horse, but I'm not gonna say anything until he is delivered...

The past eight days I have spent in the hospital.  My gallbladder and I broke up, so on the 31st I had surgery to have it evicted.


I'm getting a little tired of my fair weather friends.  I shouldn't hear crickets when I'm in the hospital, I should be hearing praise and words of encouragement from my FRIENDS.

I had to stop talking to someone last night because they said they had to RUSH to the hospital to visit a friend, and all I  wanted to ask was "well why couldn't you visit me?" but I stopped myself because I didn't want to feel petty.  Whatever, I guess I need a weeding party. 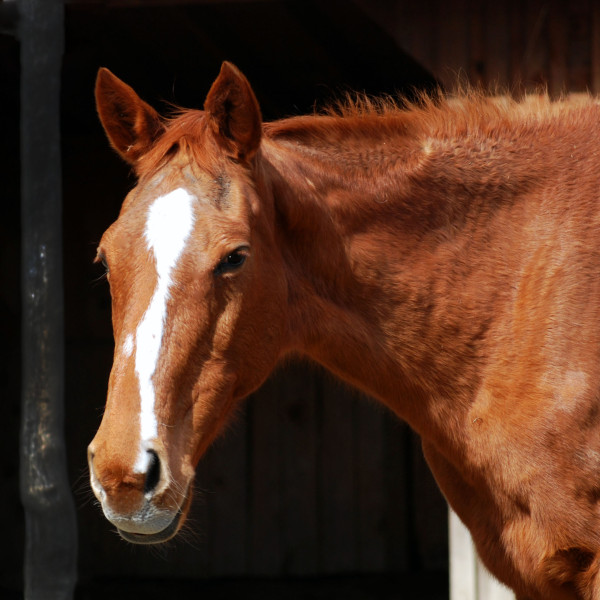 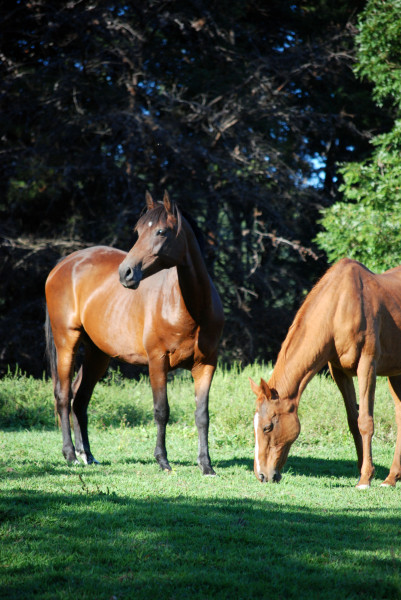 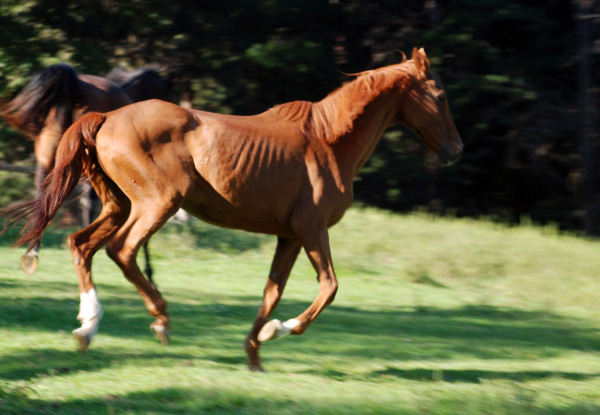 My poor Old Girl, Ginger, is looking terrible these days. She's lost about 300 lbs with no change to her diet. After struggling for three months with her weight I called the vet out to run some blood panels on her. One test came back and the signs pointed towards liver problems, so my vet came back out this morning to pull some more blood to run further tests. Please keep my Old Girl in your thoughts and prayers!
Collapse